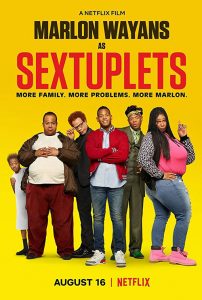 Synopsis: The story of Alan, a man embarking on a personal journey to meet his birth mother before the arrival of his first child. When Alan meets his brother, Russell, he discovers that he was born a sextuplet and decides to seek out his four other siblings. Together, the two brothers set out on a road trip to track down the rest of the family that they’ve never known, and Alan quickly realizes he may have gotten more than he bargained for. READ REVIEW

Note: The movie began filming in September 2018 in Atlanta. A Netflix Original.