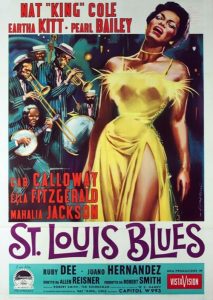 Synopsis: The life of legendary bluesman W.C. Handy is highly dramatized in this tuneful biopic. The story opens as his father, a minister chastises his son for playing “the devil’s music.” Despite his father’s admonitions, Handy is drawn to the blues.