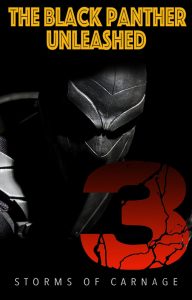 Synopsis: As turmoil and genocide grips his country, King T’Challa (The Black Panther) is forced to confront his greatest fears. Alongside the love of his life, Storm, he battles to root out the cancer that has infested the people of Wakanda.

Note: I didn’t find a trailer for this film. Above is a link to the movie itself. I wasn’t able to identify everyone in the film.