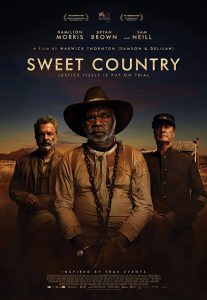 Synopsis: Australian western set on the Northern Territory frontier in the 1920s, where justice itself is put on trial when an aged Aboriginal farmhand shoots a white man in self-defense and goes on the run as a posse gathers to hunt him down.