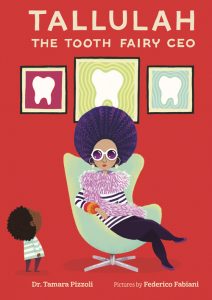 Synopsis: The story centers on Tallulah, the founder and CEO of the largest teeth-collection organization on the planet. She’s a clever, diverse and wildly successful businesswoman. The story explores the themes of racial identity, equal pay and the struggle of being a working woman and having it all.

Release Date: Unknown | Length: Unknown | Genre: Comedy, Family | MPAA Rating: Unknown | Note(s): There has been no update on this project since Gabrielle Union’s production company acquired the rights to turn the book into a live-action modern family comedy. If no update by the next expiration I’m moving it to “Never Made”.