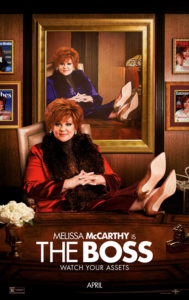 Synopsis: A titan of industry is sent to prison after she’s caught for insider trading. When she emerges ready to rebrand herself as America’s latest sweetheart, not everyone she screwed over is so quick to forgive and forget.

*Note: IMDB doesn’t list Cedric Yarbrough or Gayle King as being a cast member but they can clearly be seen in the trailer.