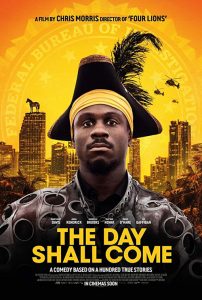 Synopsis: An impoverished preacher who brings hope to the Miami projects is offered cash to save his family from eviction. He has no idea his sponsor works for the FBI who plan to turn him into a criminal by fueling his madcap revolutionary dreams.