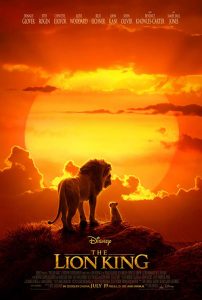 Synopsis: Live-action re-imagining of the 1994 Walt Disney classic The Lion King, the story of Simba, a young lion who is to succeed his father, Mufasa, as King of the Pride Lands. READ REVIEW