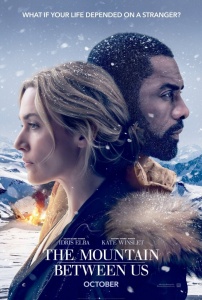 Synopsis: Stranded after a tragic plane crash, two strangers must forge a connection to survive the extreme elements of a remote snow covered mountain. When they realize help is not coming, they embark on a perilous journey across hundreds of miles of wilderness, pushing one another to endure and discovering strength they never knew possible. READ REVIEW

Note: US Release date moved from October 20th to October 6, 2017. To premiere at the Toronto International Film Festival on September 9, 2017.