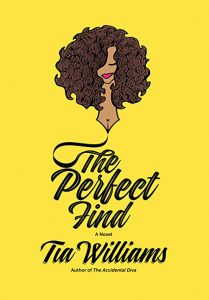 Synopsis: Will a forty-year-old woman with everything on the line – her high-stakes career, ticking biological clock, bank account – risk it all for an intensely lusty secret romance with the one person who could destroy her comeback, for good?

Note: Original announcement. Gabrielle Union is also a producer on this project. Nzingha Stewart was originally listed as director/writer on this project but IMDB now has Numa Perrier in her place.