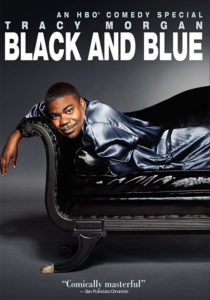 Synopsis: Put the kids to bed and get ready to throw your inhibitions out the window as red-hot comedian/actor Tracy Morgan makes his HBO stand-up debut–a performance in which no subject, celebrity or situation will be off-limits.

Note: Marvin McClellan Jr. is the announcer and is not actually seen in the show.