Greetings, The UASE along with partners HBO, Cinemax and Warner Brothers are bringing access and awareness to Heroes of color celebrating diversity and the multicultural achievements in the blockbuster Action genre.

The Urban Action Showcase and Expo (UASE )has become the premier Action entertainment platform celebrating diversity and the multicultural achievements in the blockbuster Action genre bringing both awareness and access to Heroes of Color. We are the key marketer in the production and promotion of diverse heroic content offering both fan and professional experiences geared towards the Multicultural Pop Culture/Action demographic establishing ourselves as the Neighborhood Watch of the Action Genre, making sure that diverse fictional Heroes and Stories are treated with the same respect as other content across the genre.

We have remained true to our purpose and maintained excellence as a FilmFreeway Top 100 Best Reviewed Film Festival, The UASE is committed to recognize and facilitate opportunities for multicultural filmmakers, actors and industry professionals by establishing promotional and distribution opportunities across various media outlets, and strengthening professional networks through media, events, panels, and seminars. Ultimately we labor to shift the dynamics of mainstream media by increasing the number of ethnic heroic principal characters in film and television, supporting the development of diverse Action based content and honing excellence in the genre. Our platform includes the following events:

We would like to know more about any media opportunities available to expose our platform to the masses. Learn more about our Diversity in Action Initiative which provides up to 200 kids the opportunity to have an immerse experience with the Heroes that inspire their imagination. Join our partners HBO, Cinemax, and Warner Brothers as we reveal the Hero within each one of our youth. Learn More

We are very humbled and honored to say that once again besides being a FilmFreeway Best Reviewed 5 Star Film Festival, we have made history. UASE 2019 was nothing short of Epic!

Our Friday evening Red Carpet and Awards hosted 78 Filmmakers from over 15 countries and honored the likes of Perry Young for his role in Cinemax Warrior, Celia Au from Netflix Wu Assassins, David Harris, Dorsey Wright, and Brian Tyler from the cult classic The Warriors for its 40th anniversary. Our UAS International Action Film Festival Awards began with a changing of the guard as the Mantle of the Black Dragon was passed on to Michael Jai White by the 4 living Dragons (Ron Van Clief, Don Wildon, Cynthia Rothrock, Taimak) and Council of Grandmasters of the Martial Arts. Michael Jai White is now known as “The Black Dragon“. Following this historic moment, we gave out over 70 Awards at our UAS International Action Film Festival expanding over 30 categories.

Some of the highlighted panels included:

Sheroes in Action with special guest Nafessa Williams aka Thunder from the CW’s Black Lightning, Celia Au from Wu Assassins, Regine Sawyer from Women in Comics, Evelyn O Vaccaro from John Wick 3 and the Lady Dragon herself, Cynthia Rothrock!

Our seminars were informative and effective giving individuals interested in entering the Action genre the real-world experience needed to allow them to begin their journey toward the path of Action Acting. Our Dragons (Cynthia Rothrock, Don Wilson, and Michael Jai White) taught exclusive Screen Fighting Master Classes to a private group of enthusiastic Action Actors and Stuntmen, an unforgettable experience to say the least.

The Action Expo was bustling with Comic Book Creators, Animators, Content Creators, Celebrity guests and the Pop Culture fans that love them. We had 7 awesome VR Anniversary Experiences that the Celebrities and fans are still posting about today. See photos and videos here. 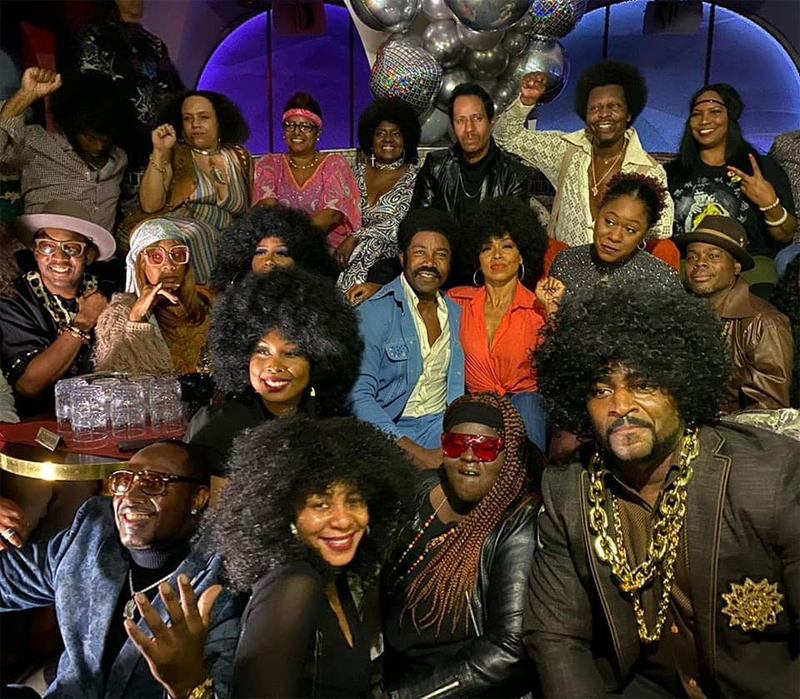 UASE 2019 was the Mecca for Diverse Action Entertainment engaging both the Action Film Fan and Professional simultaneously. Take a look at some of the Action below!