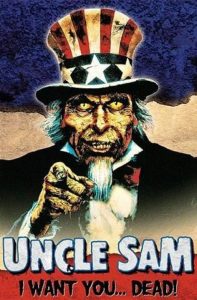 Synopsis: Desert Storm vet who was killed in combat rises from the grave on July Fourth, to kill the unpatriotic citizens of his hometown, after some teens burn an American flag over his burial site.