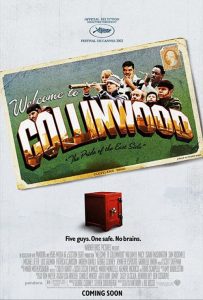 Synopsis: When petty thief Cosimo is given the plan for the perfect heist from a lifer in prison – the kind of job you dream about – he has to get out of jail, fast. But with Cosimo stuck in the joint, it’s up to his girl Rosalind to track down a patsy. But while no one wants to do the time for Cosimo’s crime, everybody seems to know a guy who will – and for a share, they’re willing to track him down. Before long, Rosalind has five guys trailing behind her, looking to get their bungling hands on a piece of the action.