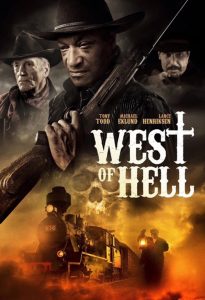 Synopsis: Georgia, 1872 – seven years after the end of the Civil War. On a midnight train to Atlanta, Jericho Whitfield, a brilliant former slave, plans to avenge the murder of his daughter – who was scalped by his old master. Jericho’s mission is to scalp and kill Annie Hargraves – his old master’s rebellious, street-smart teenage daughter. A clean eye for an eye revenge. The only thing standing in Jericho’s way is Roland Bursley, a vicious mercenary hired to protect Annie on her trip to Atlanta. But Roland, Annie, and Jericho soon discover that there is something far scarier than the three of them on the train – and they will have to work together if they want to survive the midnight journey to Atlanta.