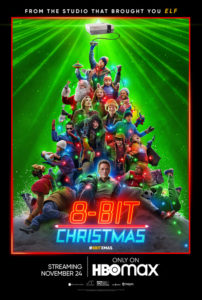 Synopsis: The movie revolves around Jake Doyle (Neil Patrick Harris), who has come home for Christmas, telling his daughter the story about how he got a Nintendo Entertainment System on Christmas day in 1988 and his sister getting a “real” Cabbage Patch doll. Telling him that video games are bad for kids will not stop young Jake and his friends. How far will they go?