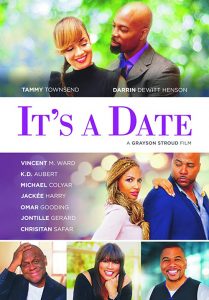 Synopsis: Anastasia Reese is the owner of a dating service and has recently ended her partnership and relationship with a man who cheated on her with one of their clients. A man by the name of Wesley Franks comes into the office and signs up with her dating service. Anastasia sets him up with the girl of his dreams. The only problem is Anastasia has fallen for him but struggles to keep their relationship professional. Should she let him go or take a chance on a love that could be her perfect match?