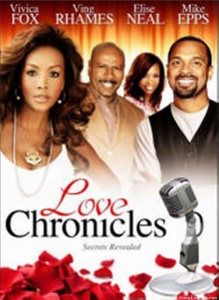 Synopsis: Jealousy, Passion, Affairs, Forgiveness and Unrequited Love. These are just a few of the steamy topics that are covered on a daily basis at the most talked about radio station in town, K-LOVE. Over the course of one crazy day radio talk show host and “relationship expert” Darren and his wife Janet have an epic fight making Darren late to the radio station and his interview with author Thomas Black. Mike is forced to cover for him and Black’s new book, “Diary of A Mad Black Man” has stirred up a strong reaction from the listeners who have their own outrageous stories.

Note: Straight to DVD. James Black is in the trailer but doesn’t appear in the IMDB cast list. I haven’t seen the movie yet so am not sure he’s in the film. Will update when I see it.