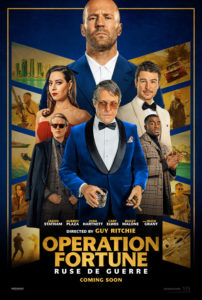 Synopsis: Special agent Orson Fortune and his team of operatives recruit one of Hollywood’s biggest movie stars to help them on an undercover mission when the sale of a deadly new weapons technology threatens to disrupt the world order.