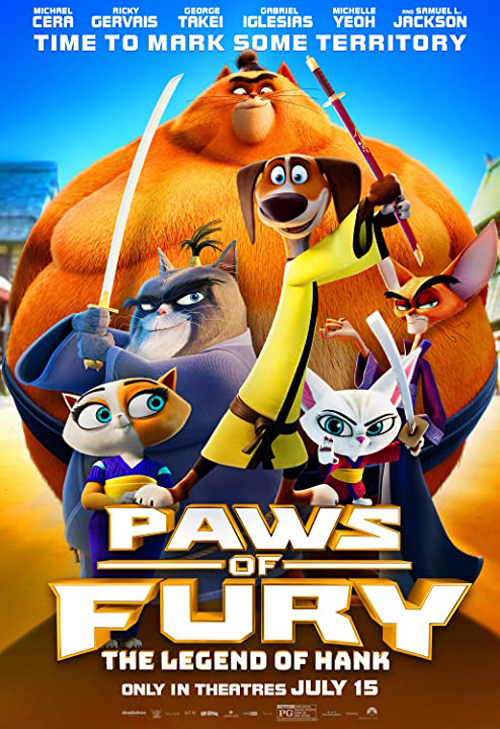 Synopsis: Hank, a scrappy dreamer of a dog, aspires to one day be a bonafide Samurai. But in a world of cats, he’s not sure it’ll ever happen – that is until the nefarious warlord, Ika Chu, hustles the unwitting Hank into becoming the samurai for the town of Kakamucho; the same town Ika Chu intends to pillage. READ REVIEW

Release Date: July 15, 2022 (USA) | Length: 97 min | Genre: Animation, Action, Comedy, Family | MPAA Rating: Unknown | Note(s): Title change from “Blazing Samurai” to “Paws of Fury: The Legend of Hank”. Loosely based on “Blazing Saddles”. Mel B was in the original cast list but is not in the current one. Reginald Hudlin is a producer on this project. Release date was moved up from July 22 to July 15, 2022.