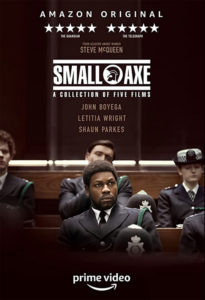 Synopsis: Spotlights the true story of Leroy Logan, who at a young age saw his father assaulted by two policemen, motivating him to join the Metropolitan Police and change their racist attitudes from within. READ REVIEW

Note: Part of the “Small Axe” anthology series (Alex Wheatle, Education, Lovers Rock, Mangrove, Red, White and Blue), based on the real-life experiences of London’s West Indian community and is set between 1969 and 1982. Zakiyyah Deen and Terence Egnie were in the original cast list but not in the current one.