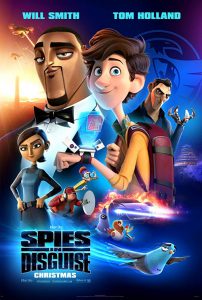 Synopsis:  Based on “Pigeon: Impossible,” a 2009 original animated short film by Lucas Martell that followed a secret agent who nearly triggers a global conflict when a pigeon gets stuck in a government-issued nuclear briefcase. READ REVIEW