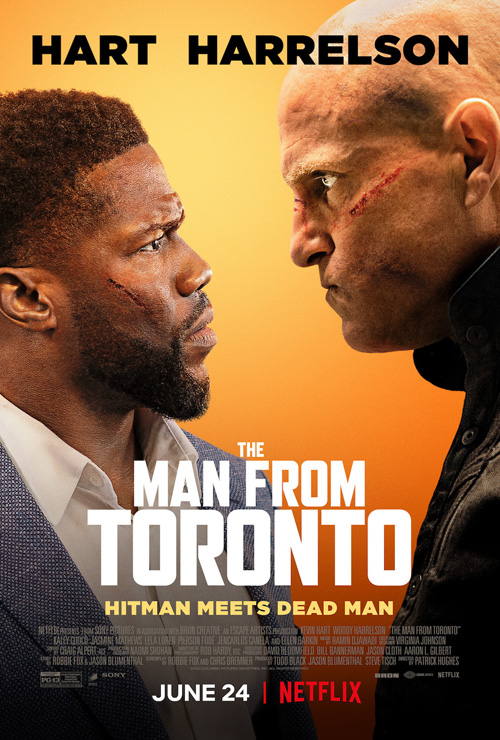 Synopsis: What happens when the world’s deadliest assassin, known as ‘The Man from Toronto’, and Teddy, New York’s biggest screw-up, are mistaken for each other in a rented Airbnb? The Man from Toronto and Teddy are forced to team up and save the day, but the real question is, will they survive each other? READ REVIEW

Release Date: June 24, 2022 (USA) | Length: 110 min | Genre: Action, Comedy, Thriller | MPAA Rating: Rated PG-13 for violence throughout, some strong language and suggestive material. | Note(s): Original announcement. Jason Statham was originally attached to star with Hart but dropped out this project. Release date was changed from November 20, 2020 to September 17, 2021. The release date was pushed again to January 14, 2022. New release date is August 12, 2022 (USA). I guess the release date changed again because this film is currently on Netflix.