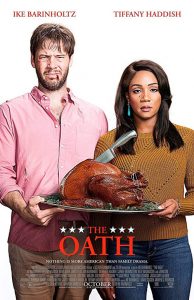 Synopsis: In a politically divided America, a man struggles to make it through the Thanksgiving holiday without destroying his family.

Note: Tiffany Haddish is listed as an executive producer on this project.