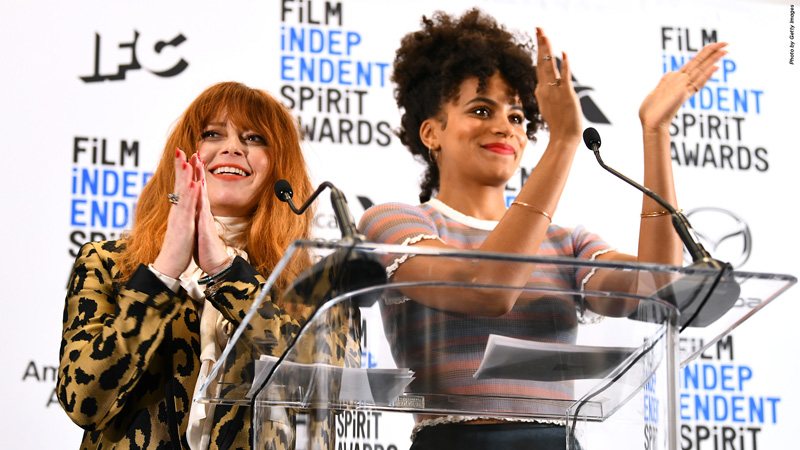 Wouldn’t you know it, the Film Independent Spirit Awards are now old enough to run for President, just in time for the 2020 elections. That’s right: this year’s ceremony recognizing the best (and budget-friendliest) in independent cinema marks the awards’ 35th anniversary. First begun as a casual industry luncheon tucked into the dining room of a small West Hollywood eatery, the Spirit Awards have steadily ascended in prominence and prestige, growing to its current state—to a much nicer lunch inside a tent a few miles West, in Santa Monica.

We kid, we kid. The Spirit Awards are, in fact, extraordinarily unique among Hollywood awards shows—an all-day celebration of independent film in amazing location that acts as the primarily fundraiser for Film Independent’s year-round calendar of events, international programs, filmmaker education and artist development programs.

Then again, some things never change—like the fact that Spirit Award winners are voted on exclusively by Film Independent Members. Join by Dec 5 to receive awards screeners and full Spirit Award Member benefits. And as of this morning, you have some added incentive…

The 2020 Film Independent Spirit Award nominees were announced this morning, November 21, at The LINE LA in Los Angeles—presented by Zazie Beetz (Atlanta, Joker) and Natasha Lyonne (Orange is the New Black, Russian Doll) and recognizing yet another tremendous group of independent storytellers. The 2020 Spirit Awards take place February 8, 2020, broadcast live on IFC. Phew! So without further delay, here are this year’s nominees:

BEST FEATURE
(Award given to the producer)

BEST FIRST FEATURE
(Award given to the director and producer)

SOMEONE TO WATCH AWARD
(The Someone to Watch Award, now in its 26th year, recognizes a talented filmmaker of singular vision who has not yet received appropriate recognition. The award includes a $25,000 unrestricted grant.)