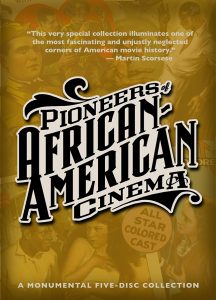 Synopsis: This collection of the historically vital works of America’s legendary first African-American filmmakers is the only one of its kind. Funded in part by a highly successful Kickstarter campaign, the packaged set includes no fewer than a dozen feature-length films and nearly twice as many shorts and rare fragments. Subject matter includes race issues that went unaddressed by Hollywood for decades.